The Sea Knows — The Story Behind The Story

“There’s so much out there under the waves that we can’t see,” I said, “things happening that we don’t know.” Alan thought for a second and looked out at the waves too. Then he said, “Ahh, but the sea knows.”

The Sea Knows is not just a book about the sea. It’s a love story – or two.

First, it’s a story about being in love with nature. Second, it’s the story of two people who found each other.

I’ve always been in love with nature. Any chance I get I’m outside, exploring, hiking, breathing in sights, sounds, and smells. Alan has always been in love with water, drawn each summer to the shores of Lake Michigan, and to the beaches of Jamaica in the winter.
On our first date, just over three years ago, we met at a small town along Lake Michigan, Alan driving from Detroit and me from Illinois. It was late October, but the day was warm and sunny. Of course, we ended up walking along the beach… and when Alan talked about how the sound of the waves helped him feel a return to nature and its natural rhythms, I knew I liked him!
I recently read this quote by Joseph Campbell, who says artists are those “whose ears are open to the song of the universe.” Alan was an artist.

That May, we went to Jamaica together. “We’ll find you a story here,” Alan said to me. I loved the idea of writing something together. However, after a week of many experiences, including a jelly fish bite, no book ideas presented themselves. Then, near the end of the trip, we were walking along the famous 7-mile beach in Negril looking out at the sparkling blue ocean. “There’s so much out there under the waves that we can’t see,” I said, “things happening that we don’t know.” Alan thought for a second and looked out at the waves too. Then he said, “Ahh, but the sea knows.”

As soon as we got back to our shanty on the cliffs, we began to write down all of the things the sea knows – smooth, spiny, storm, calm… a long list. Then, together, we formed the verses, which became the book. The Sea Knows is the story of two people who formed a deep bond through our creative spirits and sense of wonder, and it’s a love story about the sea, capturing our sense of awe about its secrets. There’s so much going on there that we don’t know. Ah, but the sea knows. 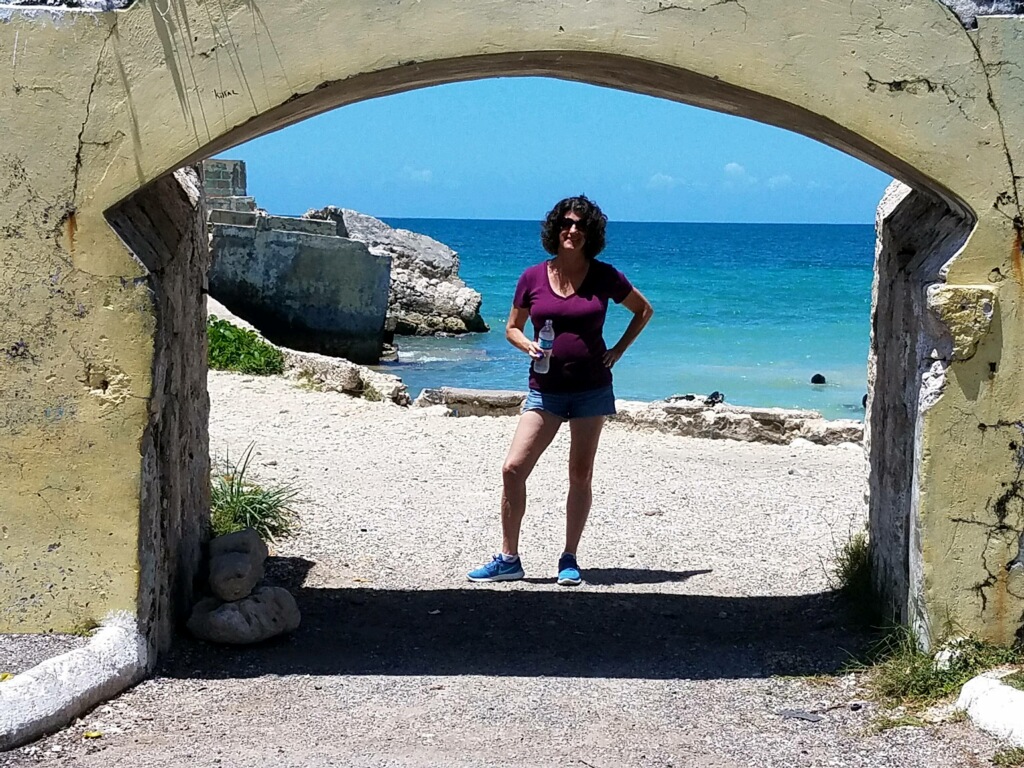 (Left/top) Alice and Alan by the sea.
(Right/bottom) Alice in Jamaica.

Receive News From The Happy Side!

Bring some sunshine to your inbox! Join our mailing list to receive our bimonthly newsletter and be part of the News From the Happy Side community.

You have Successfully Subscribed!